Some cellular devices (for instance the Remora 2, Oyster 2 and Yabby Edge Cellular) support detecting and counting 'tip' events, and keeping track of rotations. The tip event is useful for detecting the emptying of containers such as skip bins, detecting when equipment has been knocked over, and detecting tampering. The rotation counting is useful for recording the uncoiling of cable drums.

The Tip Detection feature is quite similar to the Tilt feature on the Guppy LoRaWAN, but is geared towards event counting rather than static position monitoring:

The angles used by the Tip Detection feature are measured around a chosen axis according to the right-hand rule, just like the Azimuth angles in the Guppy Tilt feature. The device axes are arranged with X and Y in the plane of the circuit board, and the Z axis pointing out from the device towards the user. 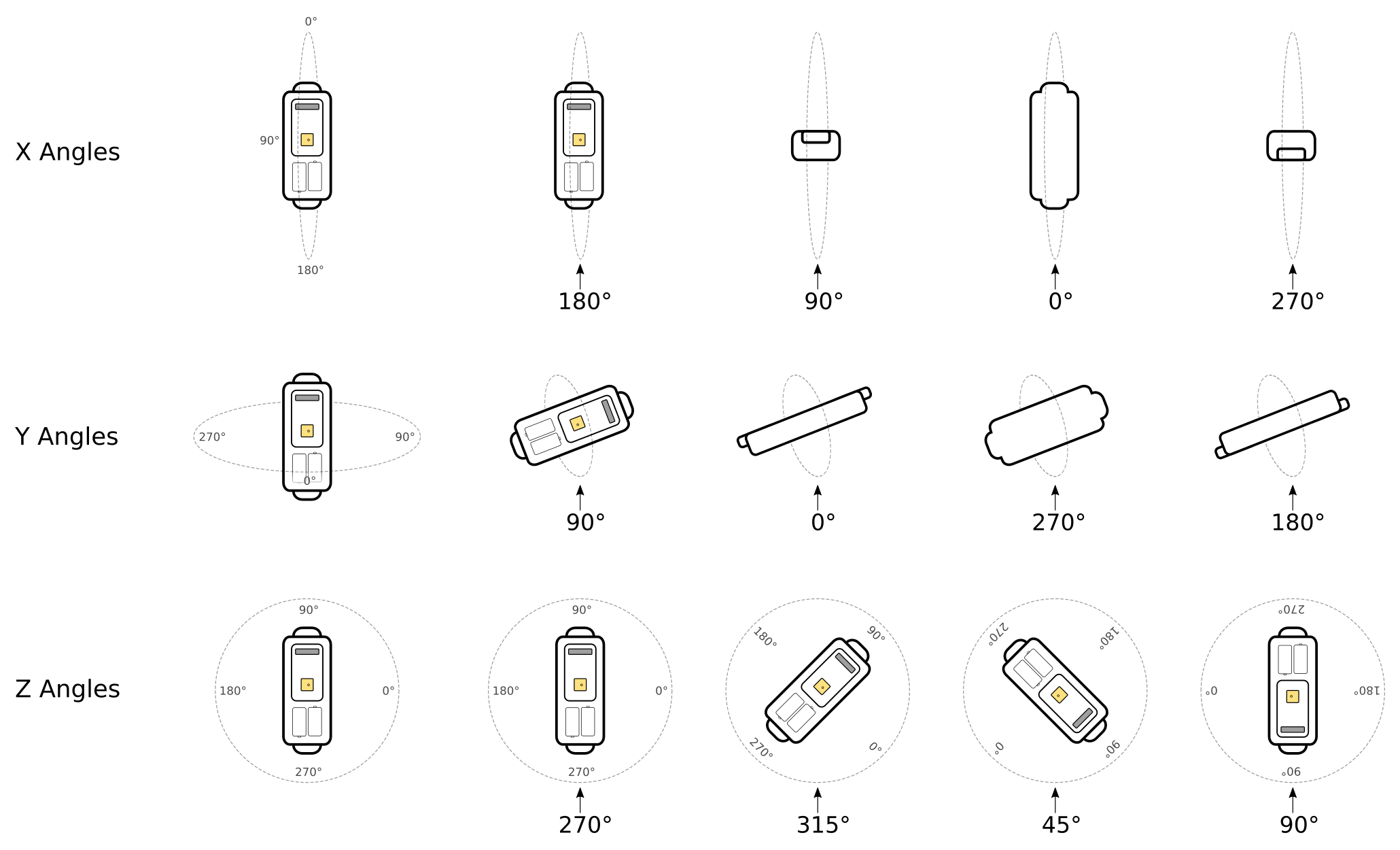 The Tip Detection feature allows you to define a range of angles that constitute a 'tipped' state. Every time the device enters this range, it will set a digital input, and increment an analog counter. It can also optionally log a record, perform a GPS fix, upload data, or scan for Bluetooth tags.

The tip range defines a sector of a circle around the chosen axis. In the examples below, the Z axis has been chosen. By changing the order of the minimum and maximum angles, you can choose for either the larger or smaller area of the circle to be the 'tipped' range. By selecting the Mirror option, you can have two ranges (useful for 90° tips, and if the device might be installed upside-down). 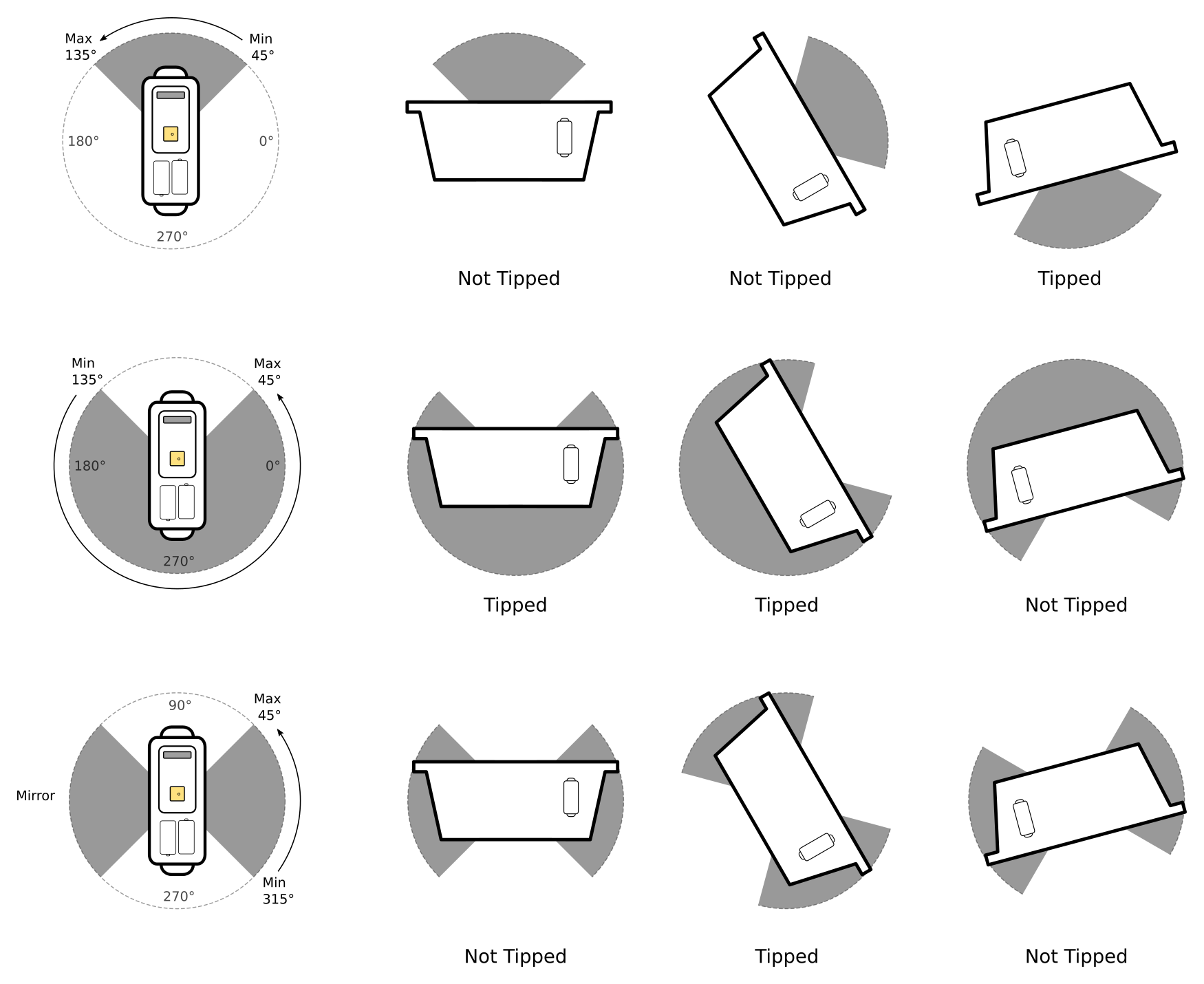 The Tip Detection feature reports the current tip state as a digital input, the current angle as an analog input, and the tip count as an analog input. The tip count starts at zero, reaches a maximum of 32767, and then wraps back to zero. It does not reset to zero except when wrapping, so it will generally have an arbitrary offset when installed on a new asset. You must therefore use the change in the tip count to calculate the number of tips since installation.

Like the tip count, the rotation count will not reset to zero except when wrapping, so you must use the change to calculate the number of rotations since installation.

There are three important limitations to keep in mind when using the Rotation Counting feature:

On devices like the Remora 2 half of the internal space is taken up by batteries, and the other half is taken up by the printed circuit board. Since the accelerometer is on the printed circuit board, you should mount that side of the device as close to the axis of rotation as possible. The Filter Duration can be set to the maximum value from the table, or as low as a third of that value for faster settling.