Check out the 'Edge' range of devices on our website.

The 'Edge' range of devices rely on our Location Engine in order to resolve raw 'scan' data into positions (lat/long). Obtaining a location is complex, but we can think of it happening in two key stages, each with different configuration options.

The device scans for GNSS satellites and WiFi access points. When it uploads data, it also sends Cell tower information from the connectionWe can configure this behaviour in system parameters (i.e. only scan for GNSS and not Wi-Fi, or do 1 first then the other etc). See Yabby Edge Cellular - Location Scanning Parameters for details. By default, the device will scan for all 3.

The raw data is uploaded to the server, and then the Location 'looks up' the lat/long position. This involves making API calls to various location providers. The process is described below.

ProvidThe Location Engine attempts the following look ups, in order. This is in order of relative accuracy of each method.

We need the raw data to begin with in order to do the lookup - i.e. if the device scans and doesn't see any satellites, then the GNSS lookup is skipped and we move to WiFi.

There are accuracy requirements on each step, which if they are not met, that lookup is 'failed' and we move to the next. So it follows if we return a WiFi lookup, GNSS failed. If we are returning Cell positions, we couldn't get a position off GNSS or WiFi

The default settings provided are aimed at producing the best possible out-of-box experience for a typical use case. They are the result of extensive testing and adjustment overt time. However, they may not suit all applications.

If your performance is not what you expect, settings can potentially be adjusted to improve performance.

Contact Digital Matter support and we can assist you in creating a new set of lookup settings.

A future update will allow partners to adjust Lookup Settings themselves via the OEM UI.

Which source was used to resolve the position is sent to the end server. For 3rd party servers, this information is sent in the JSON payload. 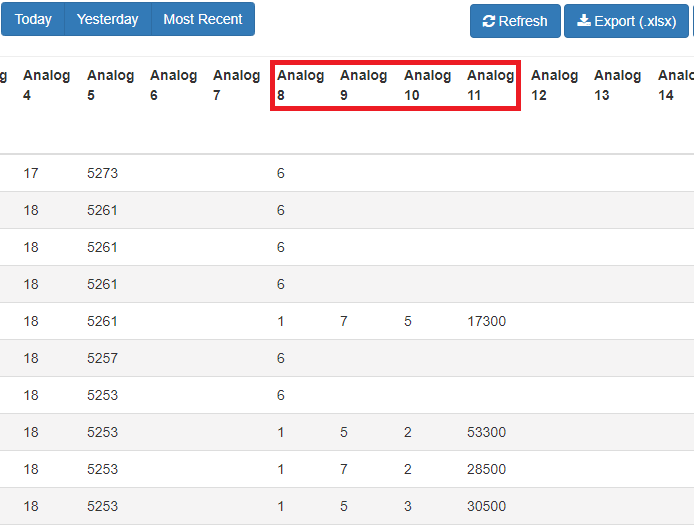 The Edge devices also show the position source and an accuracy ring on Telematics Guru - Live & Trip History Map View when clicking on a specific point. 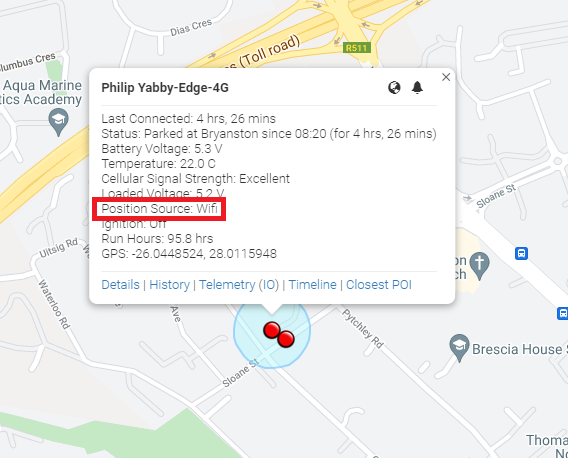