Typically we will notice a device is having trouble connecting due to delayed (or non-existent) updates. We can also spot this via the Device Statistics, which can be found in either on the OEM Details page - or on the Battery Management page in Telematics Guru. A high number of failed uploads is the give-away.

Digital Matter Cellular devices report their cellular signal strength in Analogue 4 by default. The value reported is the signal strength seen at the beginning of the previous connection attempt. The best way to check for a signal strength problem is to graph the value of Analogue 4. On Telematics Guru, this can be done with the Asset Analogue Graph Report:

When you download the resulting spreadsheet, it will have the data points in one sheet, and a graph of the selected analogues on another which could look something like the following: 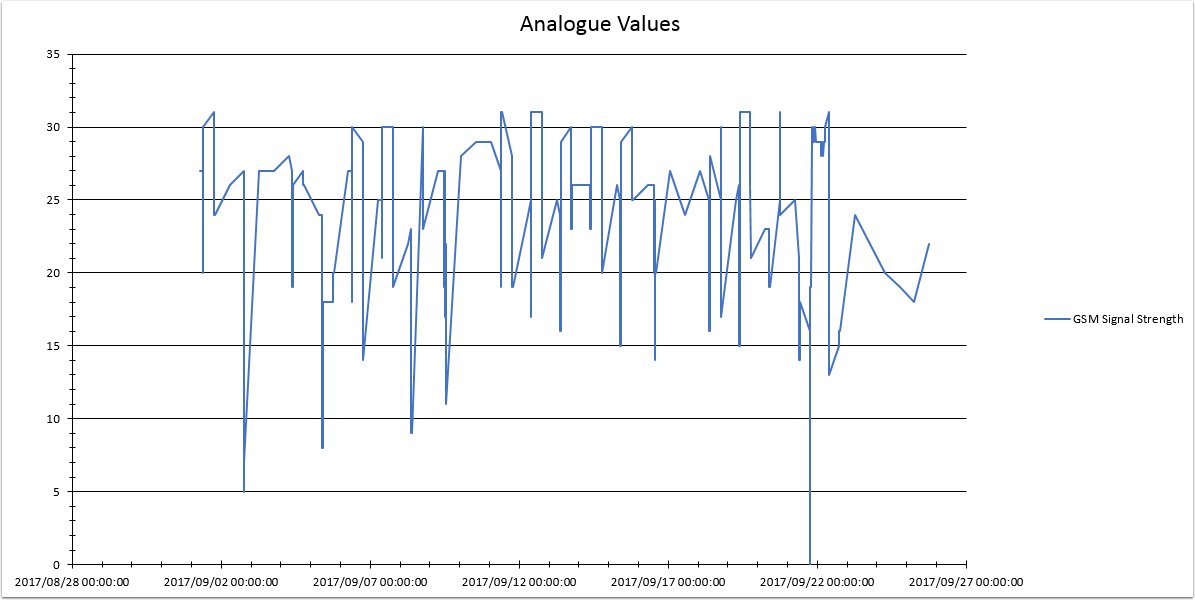 The value reported usually ranges from 0 to 31, and is interpreted as follows:

As shown below from uBlox's R410 documentation:

The threshold of usability is about 2, and strengths reach 31 easily when close to a cellular tower. However, were the antenna to snap off, you could expect the value to drop by 20-25 (40-50 dB). It would still be possible to connect when close to a tower, but the communications range would decrease by a factor of roughly 100.

But the strength is always 99 (unknown)?

For battery powered devices, it is inevitable that the signal strength will almost always be reported as 99 (unknown). The CSQ (signal strength) is a value which is calculated by the modem during the connection. This calculation takes a bit of time. However in order to save power, to provide the longest possible battery life - our battery powered devices will keep their modem on just long enough to upload data, and then immediately shut it off. So most of the time the value is 99.

In contrast powered devices stay connected to the network while in trip - so there will generally be CSQ values in analogue 4.

If your signal strength graph shows very low average values, and peak values lower than 15, despite the device being in an area with good coverage, it is reasonable to suspect an installation problem or a hardware fault. 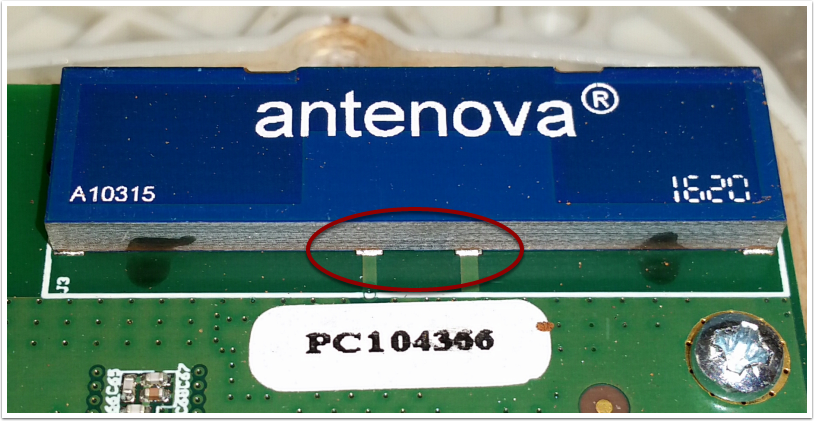 If you suspect a hardware fault, and the unit it is still under warranty, your distributor will be able to help you with further debugging, repair, or replacement.